Why is feedback painful? The stages one goes through when receiving feedback – SelfStir 360 degree feedback

Why is feedback painful? The stages one goes through when receiving feedback 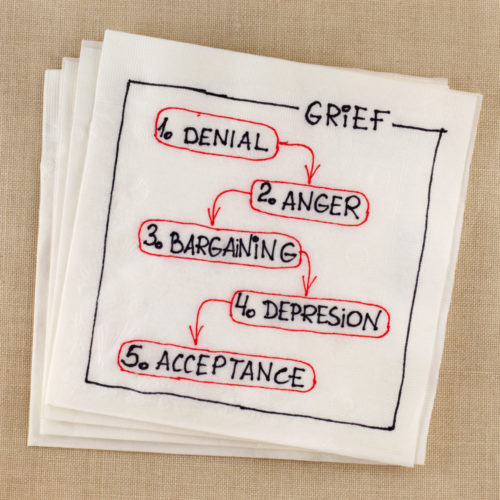 Feedback… think for a moment… What does this word trigger in you?

For most people, the word feedback, especially in their work context, tends to trigger all sorts of negative and troubling thoughts and emotions. This is because the way we have often received feedback and the way we give feedback has generally been less than optimal.

Feedback has received much attention in the workplace and elsewhere. It is a part of our lives whether we want it or not. The workplace is not the only place we receive feedback in either. We constantly receive (and give) feedback from (to) our friends, family, and community.

When we receive feedback, we often go through stages comparable to the grief cycle (pioneered by Elizabeth Kübler-Ross). First comes Denial. Denial is the polar opposite of acceptance and is a natural first reaction. It is characterized by avoidance and confusion. Why is that so? Often our pride or ego get in the way. Often feedback is given in a way that actually gives pride a heavy blow, at least initially. It takes a lot of strength and maturity to swallow that pride and actually listen to the message being conveyed. It also takes a lot of courage to rise above the way the message has been relayed, to capture the essence of what is being said.

A natural first reaction would be to undermine the message because of the messenger’s biases, prejudices, or one’s own assumptions about that person. Yet if one takes a moment to distance oneself from all that, isn’t this feedback an indication of how we have come across to that person? Remember, we tend to judge ourselves by our intentions, but all people can actually see are our behaviors, whether we like it or not. So we are being judged by our behaviors, and since these are situationally contingent, they may not always be consistent or reflect our intentions, however good or pure. Therefore one of the biggest favors you can provide for yourself is to actually listen to the feedback you get, however painful.

Denial also kicks in with another natural first reaction: defensiveness. Defensiveness may be triggered by the way we received the message, by our own insecurities or lack of self-confidence or self-esteem, and sometimes because there really is an explanation to why we behave the way we do. It is not altogether inappropriate to explain, but one suggestion is to hold these explanations for a little while, allowing yourself to reflect on where your responsibility lies in the matter, where you may have been at fault, or where your actions actually didn’t reflect your intended purpose. Your explanation(s) can then rightfully include both where you have faltered, and where you may have been misunderstood. Makes for a more objective discourse and will more likely be better received by the person giving you feedback (granted that they are also actually willing to listen). In short, vital to overcoming the first phase is: listen, step back, reflect, then explain if need be and start working on changing as you go through the subsequent stages.

The next phase is anger. Who are they to give me feedback? They just don’t get me! I am always misunderstood! I’m surrounded by a bunch of idiots anyway!! Sound familiar? This is only natural. Feedback may very well create frustration, anxiety, maybe even embarrassment. Again, this is normal. Step back, breathe, acknowledge those feelings, and then detach… which brings us to the next phase: depression and detachment.

Depression is not meant here in the strictest sense of the word, but this is the phase where one tends to ruminate on the message, the way it was said, what one should have replied to it, excuses, blame, etc… One might feel overwhelmed and/or helpless in the face of things one feels one cannot change.

Then comes the dialogue or bargaining phase. This is where one becomes willing to reach out to others again, to explain, give and take, engage in dialogue to fully understand the feedback, and to give oneself the chance to clarify any misunderstandings. This is of course dependent on the other party(ies) and their willingness to engage in this dialogue.

Finally, one reaches acceptance. Acceptance of the feedback, of who one is, of one’s strengths and weaknesses, of areas to develop. At this stage one feels empowered to act on some developmental plans, one’s self-esteem gets restored in the process, and relationships become more secure. This is the phase where one can start taking action and moving forward.

Worth noting is that the way that feedback is given can make all the difference between people accepting it or not, and can greatly increase or minimize the time it takes for the person receiving the feedback to go from denial to acceptance. There are many tools and resources proposed in the literature for effective ways to provide feedback, such as the feedback sandwich and others. Most importantly, feedback needs to be constructive and developmental. Feedback should not be critical and destructive, should not be directed towards the person but towards actions and behaviors. This makes it much more acceptable.

So, next time you are giving feedback, remember these things. And the next time you receive feedback, take a step back and reflect. And think about this: do you want to be surrounded by people who whitewash you, or would you rather take honest feedback that may sting a little but actually help you develop into a better person?

To carry out your own 360-degree feedback and self-assessment, please visit www.selfstir.com.